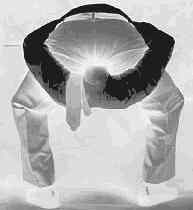 This document was created for those parents/guardians who wish to completely alienate their children from them & sever forever any lines of genuine communication.  Some of you are already very successful at having done this - so this essay is written to implant your memory with the knowledge prior to your entry into hell - for: "It is better for a person to have a millstone tied to their neck & be cast into the sea than to offend any of these little ones." - Yeshua

Religious & non-religious parents can use this as a reference -- as the former actually act like the latter in most cases regarding this subject.  See: Bubba-Baptist knows John 3:16 and that Gawd hates Fags.  Bubba-bigot merely knows the latter.

However, the religious parent will have the additional ammo of being able to assert that "Gawd says so" - although the same assertion has also been widely reported from mere bigots as well.

In any case, the abusive parent/guardian has concealed from the child (& often even themselves) that the Law of God was written to promote life & it condemns actions that tend to harm others (& isn't condemning of benign actions nor mere attractions).  And take note that the 2-laws of Christ in the New Testament reiterate the simple precept that "love works no ill".  To alienate your children who have same gender affections, -those simple principles must be discarded & a new "godspell" taught.  "Ex-gays" are an example of a once-popular false gospel...

The alienation technique is simple to master.  Merely speak often & openly about your disgust & complete disaffection for anyone who loves their own gender.  The earlier you start, the better.  That way, when your child hits puberty & recognizes same-sex attractions within himself (+63% of all people) -- the self-loathing, mixed with terror of rejection of parents, peers & God will set the child on a path of lying, self denial, frustration & depression at not being able to change his physiological responses; -- & eventually cumulate in concealed bitterness towards you and most importantly: a drastically skewed perception of God.  This lie repeated in various intensities from soft-tone conviction to harsh hell-fire/brimstome sermons will generally accomplish this end of destroying the faith & honesty of the family members whom it secretly impacts.

See: Considering that the VAST MAJORITY of people with Same Gender Affections are ambisexual (Bi-sexual), it is very unlikely that you will know for sure if the technique has been effective on your child as s/he plays it "straight".  However, there are some hints. If your child seems very hostile towards others who are perceived "gay", etc... then it is likely that the response is a defense mechanism to smokescreen their own feelings & to divert suspicions.  This has been clinically proven.  Extreme homophobia is a high probability signal that the person exhibiting the "hatred" is concealing the exact same feelings they claim to loathe.  How about you?

Remember, as an abusive parent - the only thing you must require that your child provide for you is 'toasted ice'. Simply ask what has been proven impossible by both science & sound theology, - & be sure to slap a "JEZUS" bumper sticker on the philosophy.  You'll not only alienate your child with this approach -- but others who are in the proximity.  Using the services of one of the many religious groups & words like "ABOMINATION!" are quite instrumental.

I grew up with "Bubba Bigot Baptist".  He was in "Gawdly" service for most of his professional life.  Extremely popular with many peers, he was seen by many as a soft-spoken, "good 'ol boy".  He hated all the right groups for his day & he spoke of this hatred often while in the occasional church service in such a soft, convincing tone with such conviction that he would have been able to sway Lucifer himself that the lies were true!  And with his out-of-context Bible verses close at hand -- no one dared raise a critical question. After all ... doing so may have cast themselves into the light of suspicion.

His answer for polygamy in the developing world was clearly ... divorce (even though there were no scriptures against the practice and many of the old-testament patriarchs had more than one wife)!  And "gay-marriage" ... that... would surely end civilization (despite the fact that in the Bible, --King Saul's son, Jonathan had a binding family covenant with another guy - named David and the text records that David wrote a song where he asserted that the love of Jonathan exceeded the love of women)!

When I was 12, -maybe a little before, I began to recognize same gender attractions.  Due to my location & limitations to media access, - there wasn't much material available on the subject & what I discretely found tended to indicate that "many people who experience these 'feelings' grow out of them.", -so I waited with anticipation over the next few years, but the feelings only intensified.  Fortunately, I was smart enough to be sure that I played the "str8" role model so that "Dad the Destroyer" & the likes of "Bubba Baptist Bigot" wouldn't figure out that I was one of "them".

However, their message was clear about "fags".  I was disturbed by the imagery they spoke of as being "gay", -as if all became involved with drag, anal-sex, child molesting, etc.  I didn't want to do any of those things to any of the guys I liked.  Instead, I wanted to be friends - close friends & be a great friend back.  I discovered that wrestling could get gentle if I combined it with massage & I discovered that a lot of my buddies would ask me for massages in private once they knew that I was "ok" with male closeness.  Over time, I found out that a number of them wanted the same kind of affection I did, but most were ambisexual (bi) -- so they had mixed-gender relationships too (that covered the fact that they were willing to get-off with a guy they respected & had intimacy with).  No analsex, no drag -nor any of the other stigmas we'd heard about were ever part of our friendships.  Effeminate guys were a turn-off, generally.  We knew that we were "different" from stereotypical "gays", but the mutual attraction gave the stereotypes enough of a nexus to keep us all in fear about being to open with the closeness we privately shared.  We watched what happened to guys who were openly "gay":  Scary & generally, unappealing!

It was about 2+ decades before "rumors" (untrue rumors) reached the ears of "fag-hating dad" about me.  Rather than address any of the rumors, -I simply didn't return home from my last year at college.  As time passed, I'd occasionally visit back home for holidays due to the prompting of my mother.    Age eventually mellowed his temper some, & it was obvious in sideline conversations that he'd inject a comment here & there about having known "homosexuals" throughout his life & he'd say it in a neutral manner as a "matter of fact" statement. but since I NEVER spoke of such things, --his comments were generally ignored. I chose never to breach the subject further.

Furthermore, his earlier tirades about "gay lifestyles" had nothing to do with me or my friends.  Therefore, his veiled neutrality about "homosexuals" (a word I still can't stomach) was actually him offering an "olive branch" to some person other than who I was.  I didn't like disease-spreading arse-pokers, so why would I offer conversation to someone I knew perceived men who loved men - as being part of a disgusting group of analists?  So I let the comments blow by me as if I didn't notice them -  & I always continued the conversation as if I was clueless that a branch had been subtly offered.

Why? Well, it seemed obvious: He'd spent his entire life making his true feelings known.  The fact that he discovered later on that he'd been sticking his foot in his mouth for 20+ years didn't change the fact that his true feelings had been well established previously.  Being the case, my mindset was simple: 'Why open a subject for discussion when you know the other person is going to lie about his feelings in order to try to bridge some relationship schism?'. And "lie" is what I was sure he'd do.  How did I know?

I still recall visiting home after living out of state for 3 years.  My brother had already arrived and was inside with my father prior to my arrival.  As I approached the closed front door, I could hear my father talking to my brother on the other side of the door -loudly recounting some story about some other person & past event.  As I literally was opening & stepping thru the door -- my father's story reach some sort of climax where he used the term "FAG" in his description of the person he'd been telling my brother about.  Yeah...I hadn't been to visit my parents for (3) years and not even a single second passed beyond having my foot thru their doorway - before hearing the very term that had prompted me to not return home years before. I pretended that I had heard nothing for the sake of my mother & other family members.  Having learned to mask my emotions for years allowed me to overlook such offenses as they occurred -- but I never forgot this event or the information it revealed: My father hadn't changed his attitude at all and we established that fact in less than a second of my visitation after 3 years absent.

See, living as a same-gender-attracted guy in a home where the predisposition to love your buddies is treated as being on moral par with child-molesting, disgusting fetishes & other reprehensible acts that hurt people, -- is like living in a POW camp where your secrets must be kept from the jailers (who expect you to be swayed by their propaganda) - lest you be destroyed by them after learning you are not truly a believer in their 2-dimensional messages.  It's not on par with having a taste in clothes, music or peers that mildly alienates many teens from their parents.  It's having an innate predisposition that many a teen believes puts their very life in danger & in their own home!

And for g0ys - all the prejudice against us is based on numerous, gigantic, disgusting lies.  And "dad" wants to make peace after 20+ years -by mouthing some liberal sounding krap that now supposedly reverses his perceptions of men (whom his previously spoken prejudices have connected with forms of immorality that I detest)? No thanks!

Take it to your grave, dad (which is precisely where he took it)!  This gap can't be bridged by duct-tape.  It requires a little more investment & much more time to repair.  Fix it in the past!  I like my ice toasted, dad.

So, there you have it: The strategy, & some proof that it works. You too now have the ability to permanently alienate your children because you prefer to believe lies & prejudice about same-gender-attractions, -rather than embrace the truth about human affection & the fact that it can express itself in many ways without compromising the health & wellbeing of those who express it.  Love works no ill; -but a false witness is an abomination to God.